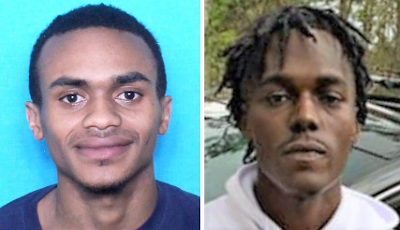 On Wednesday, July 21, 2021, around 6:00 PM, the Covington Police Department was called to  the area of North Filmore Street and Schoultz Ally where officers discovered one victim who was injured in the shooting. The injured victim was transported to a local hospital where he succumbed to his injuries.

The Covington Police Department’s Criminal Investigation Division developed a suspect, Jonathan Bagnet (age 27) and an arrest warrant has been issued for Bagnet’s arrest for First Degree Murder. CPD has reached out to the US Marshals Task Force for assistance in locating Jonathan Bagnet.

Also, Terry Garrett Jr. (age 24) is reported to be a person of interest in this shooting.

If any members of the public have information about the shooting, or the whereabouts of Jonathan Bagnet we ask that you contact the Covington Police Department at 985-892-8500. You can also call Crimestoppers where you can remain anonymous and possibly earn a cash reward by calling 504-822-1111.