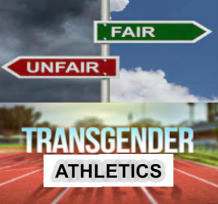 Gov. John Bel Edwards issued a press release Tuesday (June 22, 2021) that he vetoed Senate Bill 156 authored by Sen. Beth Mizell during the 2021 Regular Legislative Session. The bill, known as the Fairness in Women’s Sports Act, sought to prevent transgender girls and women from participating on athletic teams or in sporting events designated for girls or women at elementary, secondary and postsecondary schools. The proposal passed with bipartisan veto-proof margins: a 29-6 vote in the Senate and a 78-19 vote in the House.

Edwards labeled the bill as discriminatory, indicated that the bill was unnecessary, said the bill would make life more difficult for transgender children, and stated that “it makes it more likely that NCAA and professional championships, like the 2022 Final Four, would not happen in our state. Click here for the Governor's press release.

In a Facebook post following the veto, Mizell stated "To put it simply, I disagree with the Governor's opinion on this. A lot." Mizell maintains that "the Fairness in Women’s Sports Bill protects athletic competition for biological women. Without protection, there will be men's sports and coed sports but there will not be women's sports."  Mizell is in favor of a veto session for the Legislature to consider overriding the Governor's veto.

Reports are that, if a veto override session were held this year, it would begin July 20 and could last through July 24. House leadership has indicated support for a veto session but there has been no indication of Senate support. We'll see!