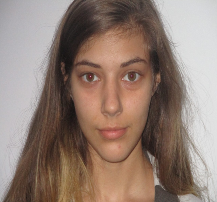 On May 6, 2021, a Washington Parish Sheriff’s Office patrol sergeant was patrolling on Highway 21 south of Bogalusa when his radar clocked a southbound vehicle traveling at 110 miles per hour. After an approximate three mile chase, the suspect vehicle stopped and the officer encountered two individuals, both of whom were arrested.

The driver, Ashlynn Errin Oalman, age 20 and a resident of Wardline Road, was arrested on charges of possession with intent to distribute illegal drugs after more than 173 grams of marijuana were found in her possession. In addition, she was charged with resisting arrest by flight and reckless operation of a motor vehicle.

The passenger, John Ballard, was determined to have an outstanding warrant from the Bogalusa Police Department. He was transported to the Bogalusa City Jail and turned over to personnel there for booking.

“Wow! 110 miles per hour! That in itself is a danger to the motoring public as well as to our officer,” stated Sheriff Randy Seal. “Miss Oalman obviously has no regard for her own safety or for the safety of others and certainly did not have good intentions for the large quantity of marijuana. Good job, Sarge! I’m pleased the incident had a safe ending.”