Disturbance 1. An area of low pressure previously over the northwestern Gulf of Mexico has moved inland over southeastern Texas.  Tropical cyclone formation is not expected.  However, the system could produce heavy rainfall over portions of southeastern Texas and southwestern Louisiana today.  Formation chance through 48 hours is at 0% and formation chance through 5 days near 0 percent.

Disturbance 2. Ana, the first named storm of the season, has formed about 180 miles northeast of Bermuda. Considered a subtropical storm, Ana is a low pressure system with a well defined center of circulation. Ana is moving west-southwest but is expected to weaken and turn northeastward on Sunday and Monday. Ana is expected to dissipate in a couple of days. 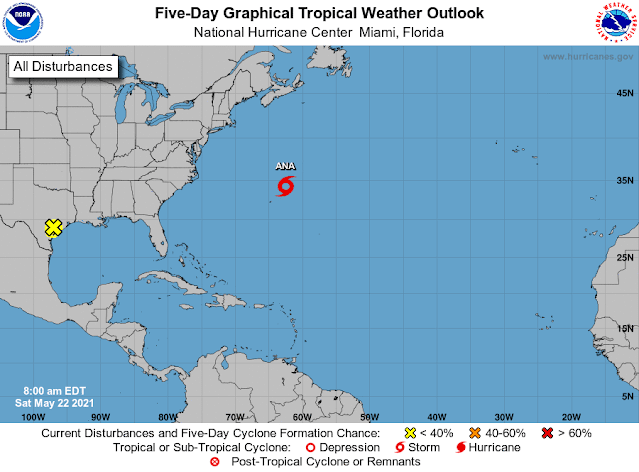