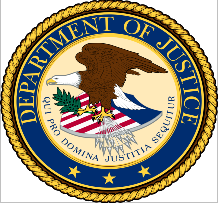 United States Attorney Duane A. Evans announced that on May 11, 2021 Kevin Stimage, age 44, was charged with Theft from Programs Receiving Federal Funds. If convicted, Stimage faces up to ten years imprisonment, followed by three years of supervised release, a $250,000 fine, and a mandatory special assessment of $100.

According to the Bill of Information, in 2019 and 2020, Stimage was employed as a deputy assigned to the transportation division of the Tangipahoa Parish Sheriff’s Office which received federal funds in excess of $10,000 annually during that time period.  Although Stimage reported working 40 hours a week for TPSO during this time frame, in actuality he was working another job for a different employer, a detail at an apartment complex in Tangipahoa Parish, while purportedly on-duty for TPSO. In 2020, Stimage was promoted to Captain.

Stimage submitted false and fraudulent payroll sheets to TPSO which overstated his actual work hours.  As a result, TPSO paid him over $5,000 to which he was not entitled in both 2019 and 2020.

U. S. Attorney Evans stated that a Bill of Information is only an allegation, and that the defendant is presumed innocent until he pleads guilty or is found guilty by a jury or judge.

U. S. Attorney Evans praised the work of the Federal Bureau of Investigation on this matter. The prosecution is being handled by Assistant United States Attorney Myles Ranier.