Slidell Man Charged With Murder of His Cousin 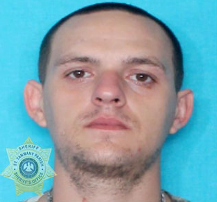 The St. Tammany Parish Sheriff’s Office has arrested Christopher Aaron Burns, age 30 and of Slidell, in connection with the murder of his 40-year-old cousin, Matthew Cetrone.

Shortly before 5 a.m. Sunday, May 30, 2021, STPSO deputies were dispatched to the 58000 block of Lynn Road near Slidell in reference to a reported shooting. The victim, who was identified by the St. Tammany Parish Coroner’s office, was transported to a local-area hospital where he subsequently died.

The investigation revealed that for unknown reasons, Burns exited the residence firing numerous rounds from a firearm. At some point, the victim went outside to investigate the sound of gunfire and was fatally wounded. Burns was booked into the St. Tammany Parish Jail on a single count of Second Degree Murder. No bond has been set at this time.

“I am extremely pleased with how quickly my personnel were able to make an arrest in this case,” Sheriff Randy Smith said. “My prayers go out to the victim’s family.”