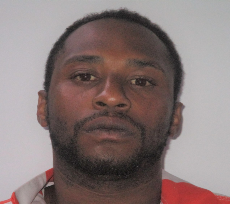 On May 5, 2021, while on patrol in the Town of Franklinton, detectives with the Washington Parish Sheriff’s Office Drug Task Force encountered Nevin Earl Williams, age 28 and a resident of Reed Road in Mt. Hermon. Williams was in possession of a quantity of illegal drugs, including heroin, crack cocaine, powder cocaine and marijuana. He was arrested and transported to the Washington Parish Jail.

“More illegal drugs off of our streets,” stated Sheriff Randy Seal. “That is good. Our Drug Task Force detectives do an excellent job and I am so pleased with their continued efforts to root out drug dealers and remove illegal narcotics from our community.”