Kentwood Man Had No DL or Insurance – He Did Have Drugs 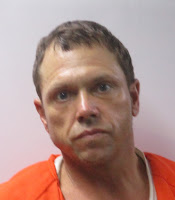 Early this morning (March 17, 2021), Washington Parish Sheriff’s Office patrol deputies traveled to Robin Lane near Franklinton to investigate a report of a suspicious vehicle parked in the roadway. Upon arriving, officers discovered Michael Chanse Graham, age 42 and a resident of Highway 1055 near Kentwood, sitting in his pickup truck.

Graham could not produce paperwork identifying him as the owner of the vehicle which had a switched license plate. Neither could he produce a driver’s license or proof of insurance. What Graham did have was a quantity of illegal drugs and hypodermic needles. Graham was arrested and transported to the Washington Parish Jail where he was booked on charges of possession of heroin, possession of Suboxone without a prescription and possession of drug paraphernalia.

Sheriff Randy Seal stated, “At 3:30 a.m., while law abiding citizens in Washington Parish were sleeping or working the night shift, our deputies were making a drug arrest in our community. That is what we do. Twenty-four hours per day, our officers are working throughout the parish responding to complaints and seeking out those persons who violate our laws. I am so grateful for the hard work of all of our patrol deputies, detectives, jail deputies, dispatchers and all other staff persons who work their respective shifts with only one goal in mind, and that is to protect the residents of Washington Parish.”