While on criminal patrol during the early morning hours of March 19, 2021, a Washington Parish Sheriff’s Office patrol deputy stopped a vehicle on Louisiana 1072 for a traffic violation. The driver, Alora Hope Thomas, age 18 and a resident of Twin Oaks Road, was found to be in possession of a quantity of illegal drugs and drug paraphernalia.

Thomas, who was fully cooperative, was arrested and booked into the Washington Parish Jail on two counts of possession of illegal drugs, possession of drug paraphernalia and improper equipment on her vehicle. She was released from jail later the same day after posting a $5,000 bond.

“As I stated recently, our officers are on patrol day and night throughout the parish,” stated Sheriff Randy Seal. “This is a good example of their diligence and I truly hope this young lady will take this arrest as a wake-up call to help steer her to be a productive citizen of Washington Parish.” 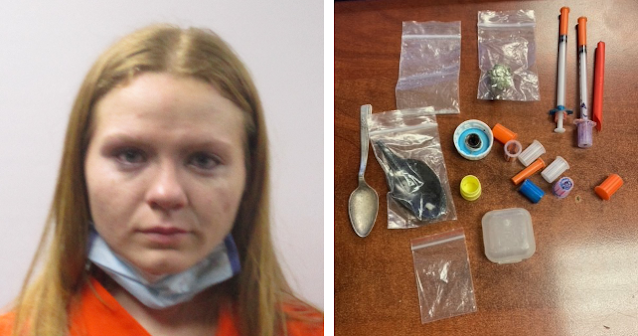