Washington Parish Man Arrested for Molestation of a Juvenile 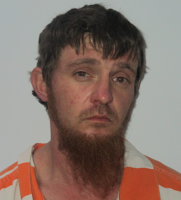 In December 2020, the Washington Parish Sheriff’s Office obtained a warrant for the arrest of Lance Duncan, age 33 and a resident of Holland Brock Road in the Mt. Hermon area, for sexual molestation of a young child. The warrant was the result of an investigation by Detective Corbet Hunt, and was based on testimony from the child and from examining medical personnel as well as interviews conducted by the Children’s Advocacy Center.

While on patrol north of Franklinton on Tuesday (February 16, 2021), Deputy Randall Garcia spotted Duncan driving a vehicle and made a traffic stop. Lt. Terry Harris arrived and informed Duncan that he had a warrant for his arrest. After declaring, “I ain’t going back to jail,” Duncan was handcuffed and transported to the Washington Parish Jail where he was booked on one count of molestation of a juvenile. His bond was set at $100,000.

Duncan has one previous arrest in Washington Parish. In September 2008, he was jailed on one count of carnal knowledge of a juvenile.

Due to the sensitive nature of the crime and the necessity to protect the identity of the child, no additional information will be provided.

“There’s only one logical place for someone who commits a sexual offense against a child,” said Sheriff Randy Seal. “That place is the parish jail. Any person who violates the innocence and purity of a child should not be allowed to roam free in society. Good job, Detective Hunt, Deputy Garcia and Lt. Harris.”