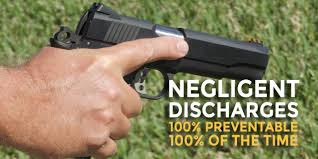 The St. Tammany Parish Sheriff's Office has determined that a shooting incident which took place Sunday (February 14, 2021) afternoon near Folsom was the result of a negligent discharge.  A single, juvenile victim was transported to and released from a local-area hospital with a non-life threatening gunshot wound.

An investigation into the incident revealed that five juvenile acquaintances were in a motor vehicle traveling and listening to music, when a passenger in the vehicle armed himself with a handgun and began to manipulate the weapon carelessly and in a manner which caused it to discharge from the backseat of the vehicle, striking the driver.  The driver pulled the vehicle into a nearby parking lot, and 911 was called.

A 16-year-old juvenile from Covington was arrested and booked into the Florida Parishes Juvenile Detention Center on the charges of Illegal Possession of a Handgun by a Juvenile, Illegal Discharge of a Firearm, and Resisting an Officer.

A 17-year-old juvenile from Madisonville was also arrested and booked into the Florida Parishes Juvenile Detention Center on the charges of Illegal Possession of a Handgun by a Juvenile and Threatening a Law Enforcement Officer.

“Fortunately, this shooting did not end in a fatality, but was nonetheless tragic,” Sheriff Randy Smith said. "I would ask parents to speak to their children about the potential danger of handling firearms and keep weapons appropriately secured and out of the reach of juveniles."