From the Tangipahoa Parish Sheriff's Office 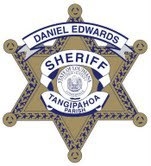 The work by law enforcement officers never slows down and so it is with the Tangipahoa Parish Sheriff's Office. In addition to regular patrols, responding to incidents, and investigations, TPSO recently announced the following:

A warning to the public by TPSO Detectives of a recent increase in vehicle burglaries from the Loranger area south to Ponchatoula, LA. Detectives suspect that at least four individuals are responsible and warn that they are believed to be armed. The suspects are targeting unlocked vehicles and the public is urged to secure their vehicles each night. The public is asked to contact Detective James McGovern at (985) 902-2031 or Detective Kody Glenn at (985) 902-2018 with any information the public may have.

TPSO asks the public's assistance in locating Dillon Joseph Vullo (20) of Pierre Part. Vullo is wanted for Possession of a Firearm by a convicted felon and Obstruction of Justice in connection with a New Year's Day shooting in Pumpkin Center. Vullo is believed to be driving a white in color Mitsubishi car. Anyone knowing the whereabouts of Vullo, or the white Mitsubishi car involved in the shooting, is asked to contact Crime Stoppers at 800-554-5245. 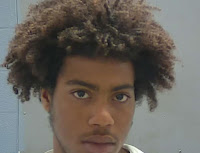 Sedrick Guzman (20) of Ponchatoula was booked into parish jail on January 5, 2020 on the charge of Attempted Second Degree Murder. Guzman is accused of shooting a male subject in the abdomen on December 25, 2020. The victim is in stable condition following surgery.