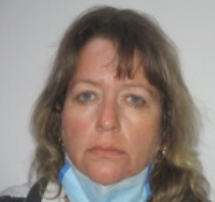 Jenkins was booked into the Washington Parish Jail with the charges of Insurance Fraud, Forgery, and Theft $25,000.00 or More. The LSP press release states the amount of the theft to be in the amount of $711,365.87.

Washington Parish Jail records indicate Jenkins, a resident of Clairain Drive in Franklinton, was released January 28, 2021 on a $50,000.00 bond.