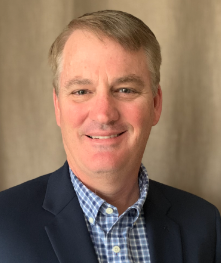 Chad Conerly, a retired Air Force Colonel from Kentwood Louisiana, has qualified to run for Louisiana’s 5th Congressional District in the March 20th special election. “I am running for Congress because our national political environment has become toxic.  I am a political outsider with the leadership credentials and extensive federal budget experience to lead on day one”.

His platform is both fiscally and socially conservative.  “Job one is to open the economy, safely and immediately.  Soon after, we must rein in big tech’s monopoly on information dissemination. Conservative thought must flow freely in America”.  He is 100% pro-life, pro-second amendment, pro-law enforcement, and keenly focused on jobs, deregulation, rural infrastructure, and economic development.

Conerly, born in Alexandria and raised in Kentwood, has deep roots in the 5th Congressional District.  The lifelong conservative Republican enlisted in the Louisiana Air National Guard in 1986, and earned his Air Force commission in 1992 through the LSU Reserve Officer Training Corps (ROTC) program.

Over his extensive 22-year military career, he developed and managed annual operating budgets ranging from $145 million to $7 billion; led complex cost analysis and contracting organizations; managed weapon system acquisition programs; and is well versed in all aspects of the federal budget.

He is an Iraq war veteran and has commanded two Air Force squadrons.  He served as the Director of Resource Management for the White House Communications Agency in Washington DC from 2009 to 2012.  He retired in 2014 as Chief, Financial Analysis, Air Force Global Strike Command, Barksdale Air Force Base, Bossier City Louisiana.

Conerly graduated from LSU with a Bachelor's of Science in Agricultural Business; earned an MBA from Embry Riddle Aeronautical University; and earned a Masters in Strategic Leadership from the Air Force Institute of Technology.

For the last 6 years, he has helped manage his family’s farm in northern Tangipahoa parish.  He’s married to the former Candice King from New Roads Louisiana and they have two sons, Tyler and Brandon.