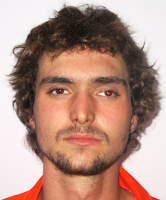 Late yesterday (January 14, 2021) the evening, Washington Parish Sheriff’s Office Deputy Kyle Stogner and Detectives Raymond Myers and Chad Cassard were on criminal patrol near Angie when they spotted a vehicle which had been driven through a stop sign without stopping. The officers initiated a traffic stop and encountered Garrett Wayne Simmons, age 24 and a resident of Adams Street in Bogalusa.

“What started out as a routine traffic stop resulted in drugs and a weapon removed from our community,” stated Sheriff Randy Seal. “I commend our officers for always being alert as they patrol our communities around the clock to help keep us safe.”