WPSO Jails Convicted Felon for Possession of a Firearm 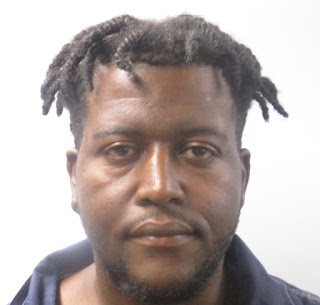 Yesterday (Tuesday, October 20, 2020), Yamarai Brumfield, age 25 and a resident of Rosa Pearl Lane in Bogalusa, was jailed on charges of being a convicted felon in possession of a firearm. Bond has been set at $150,000.00.

Washington Parish Sheriff’s Office Deputy Kyle Stogner was on Texas Avenue in Bogalusa when he observed a vehicle displaying a license plate which had been cancelled. He stopped the vehicle and encountered Brumfield who was compliant and gave permission for a search of the vehicle.

With the assistance of Lt. Chris Hickman and Detective Chad Cassard, the vehicle was searched and a semi-automatic pistol was discovered wrapped in a blanket and stored behind the driver’s seat. The 9mm handgun had one round of live ammunition in the chamber and sixteen rounds in the magazine.

“One more very dangerous and potentially lethal weapon removed from a convicted felon in our community,” stated Sheriff Randy Seal. “That is good, very good! I am grateful to our alert Deputy Stogner, Lt. Hickman and Detective Cassard. Pro-active law enforcement is an effective tool in the prevention of crime and I am always pleased to see great examples that our officers are working hard to protect all of the citizens of our parish.”