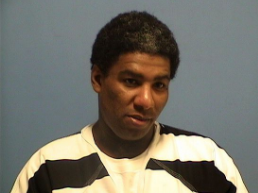 Jonathan Lee Richardson (35), a suspect in last Friday's murder of a man in Covington, turned himself in on Saturday (October 3, 2020). He is now in custody and has been charged with Second Degree Murder, and Possession of a Firearm by Convicted Felon. Richardson was booked into the St. Tammany Parish Jail on October 5, 2020 and bond has been set at $1,000,000.

The Covington Police Department’s Criminal Investigation Division took over the investigation and identified Jonathan Lee Richardson of the Covington area as a suspect in this shooting. Warrants for his arrest on the charge of Second Degree Murder were obtained.