Disturbance 2. A broad non-tropical low pressure system is expected to form over the weekend several hundred miles east-southeast of Bermuda. Some slow development will be possible thereafter into early next week while the system moves southwestward and then westward, passing about midway between Bermuda and the northern Lesser Antilles. Formation chance through 48 hours is near 0% and formation through 5 days is at 20%.

Disturbance 3. A broad area of low pressure could form by early next week over the southwestern Caribbean Sea. Some gradual development of the system will be possible thereafter while it moves slowly west-northwestward. Formation chance through 48 hours is near 0% and formation chance through 5 days is at 20%. 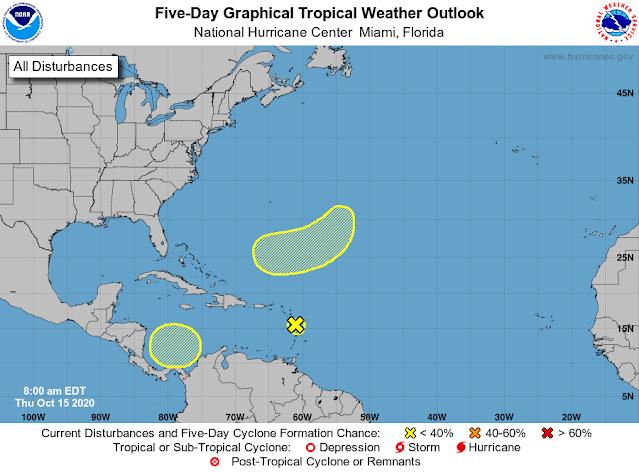