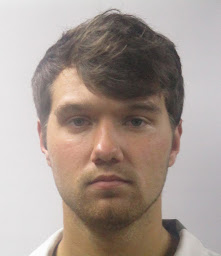 Christian Provost, age 21 and a resident of Deerfield Road in Folsom, Louisiana, was jailed in Washington Parish on charges of domestic abuse battery with strangulation and domestic abuse child endangerment.

Provost was arrested by Washington Parish Sheriff’s Office Deputy Norman Taylor who responded on September 4, 2020 to a rural area southwest of Franklinton that a female had been physically assaulted. After listening to the details of the assault and observing the woman’s injuries and noting the presence of a child during the battery, Deputy Taylor obtained a warrant for Provost’s arrest.

After learning that a warrant had been issued for his arrest, Provost turned himself in to the Washington Parish Jail on September 9, 2020. He was arrested by Corrections Deputy Derek Dominguez and booked into the jail. Bond was set at $10,000.

“Out of control emotions never lead to a good ending,” stated Sheriff Randy Seal. “Mr. Provost seems to be a prime example. Many thanks to our officers who, once again, did an excellent job.”