Disturbance 1. Tropical Depression Fourteen is moving west and expecte to turn west-northwest and northwest tonight and Friday. The center is then expected to cross the Yucatan Peninsula Saturday night and move into the south-central Gulf of Mexico on Sunday. It is expected to become a tropical storm later today or tonight.  The system could be near or at hurricane strength when it reaches the Yucatan Peninsula of Mexico late Saturday. 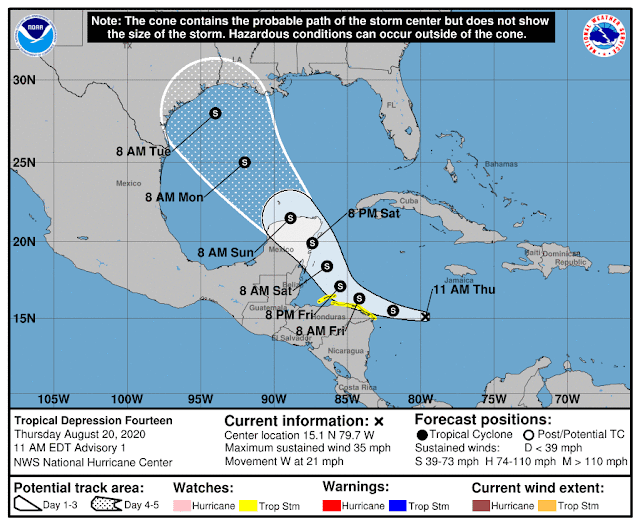 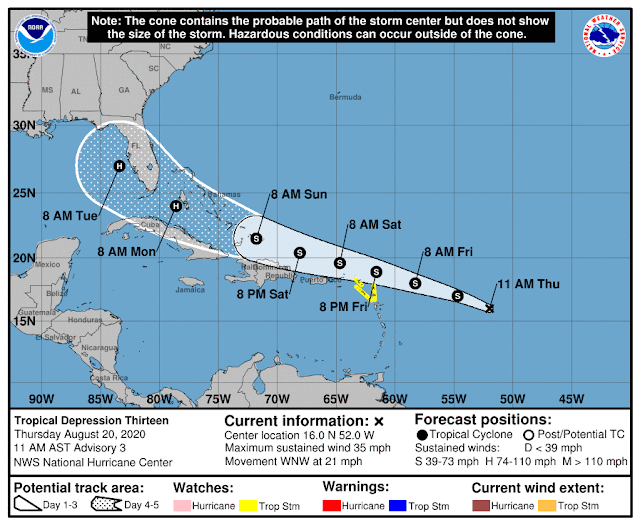