Last week, (on August 20, 2020), Washington Parish Sheriff’s Office Drug Task Force detectives were
contacted by Tangipahoa Parish Sheriff’s Office detectives that a man they were seeking was located at a residence on Robin Lane northwest of Franklinton. After requesting assistance from the Rayburn Correctional Center canine team in the event the suspect fled on foot, detectives set up surveillance on Robin Lane and observed the wanted man standing with several other males around the vehicle the suspect had been driving. 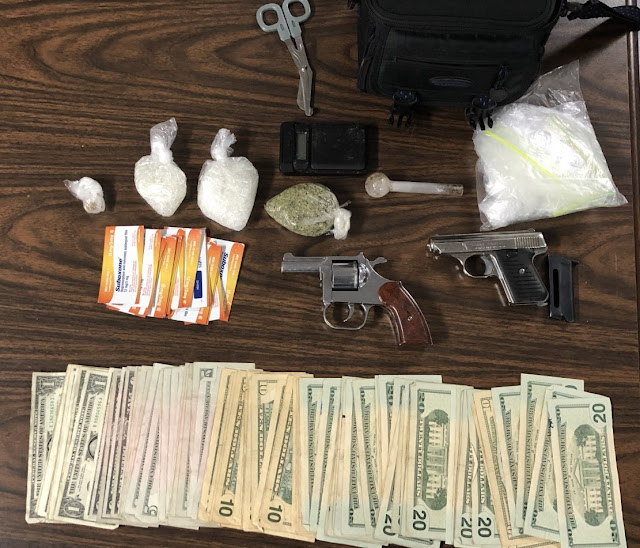 When the suspect, identified as Benjamin Warren and a resident of Neal Road in Loranger, spotted the detectives approaching him, he fled into nearby woods. Washington Parish Drug Task Force Detective Kevin Bond and Rayburn Correctional Center officer Cody Williams pursued him on foot and were able to capture him approximately twenty yards beyond the wood line. 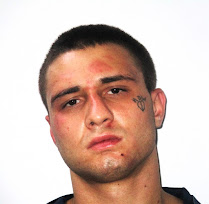 Warren violently resisted the officers but was subdued and handcuffed after other officers arrived on the scene. A search of Warren’s clothing revealed more than $1,000 in cash. A further search of his vehicle revealed a large amount of marijuana, methamphetamine, heroin, Suboxone, digital scales and two pistols.

Warren was booked into the Washington Parish Jail charged with being a fugitive from Tangipahoa Parish and St. Helena Parish, two counts of felon in possession of a firearm, three counts of possession of illegal drugs with intention to distribute, four counts of resisting an officer with force or violence, two counts of resisting arrest, resisting an officer by flight on foot and parole violation. His bond is set at $150,000 and he will be transferred to the Tangipahoa Parish Jail to face charges there if he is able to make bond in Washington Parish.

“The reach of law enforcement goes far beyond parish or even state boundaries,” stated Sheriff Randy Seal. “We are always glad to assist Tangipahoa Parish at any time and we can always count on them to assist us. It appears Mr. Warren is paving a path of incarceration for himself and we are pleased to assist him along that path as he continues to make bad life choices. Once again, I thank Rayburn Correctional Center for their assistance. RCC is a valuable ally not only for the Sheriff’s Office but also for every citizen of Washington Parish.”