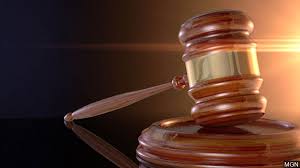 U.S. Attorney Peter G. Strasser announced today that Rachel E. Lipps (age 39 and of Slidell) pled guilty
on July 29, 2020 to thirty-three counts of wire fraud and one count of aggravated identity theft.
According to court documents, between January 2013 and October 2017, LIPPS served as a part-time bookkeeper for a business domiciled in Slidell, Louisiana.  Lipps reportedly fraudulently printed and cashed checks made payable to herself and several of her creditors.  In addition, Lipps reportedly forged the signature of the business's co-owner on a check. In all, Lipps stole $473,978.53 from the business and its owners.
The court set sentencing in this matter for November 10, 2020 at 1:00 p.m.  With regard to wire fraud, Lipps faces a maximum term of imprisonment of twenty (20) years, a fine of not more than $250,000, three years of supervised release following any term of imprisonment, and a $100 special assessment fee for each count.  With regard to aggravated identity theft, Lipps faces a mandatory consecutive sentence of two (2) years, a fine of no more than $250,000, a supervised release term of up to one (1) year following any term of imprisonment, and a $100 special assessment fee.
Read details in the Factual Basis
This matter was handled by the Federal Bureau of Investigation and the Saint Tammany Parish Sheriff’s Office.  Assistant United States Attorney Duane A. Evans is prosecuting the case.
at 7/30/2020 05:16:00 PM