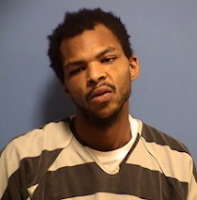 Fugitive Apprehension Task Force in connection with the shooting incident that occurred Saturday (July 11, 2020) at his residence in the 100 block of Westminster Drive near Slidell. Bridges was booked into the St. Tammany Parish Jail on the charges of Attempted First-degree Murder, Aggravated Assault with a Firearm (four counts), Aggravated Criminal Damage to Property, and Felon in Possession of a Firearm.

The St. Tammany Parish Sheriff’s Office dispatched deputies on July 11, 2020 shortly after 2:00 PM in reference to shots being fired. Responding deputies learned a female had been shot and had been transported to a Slidell-area hospital via private vehicle prior to deputies’ arrival. The victim, who was in critical condition, was further transported to a Southshore hospital.

Detectives learned the victim was involved in an altercation with members of Bridges’ family when the shooting occurred. The victim in the case is expected to make a full recovery.

“I praise our investigators and the members of the U.S. Marshal’s Task Force for the work they did in locating and arresting this dangerous individual,” Sheriff Randy Smith said.
at 7/17/2020 04:28:00 PM