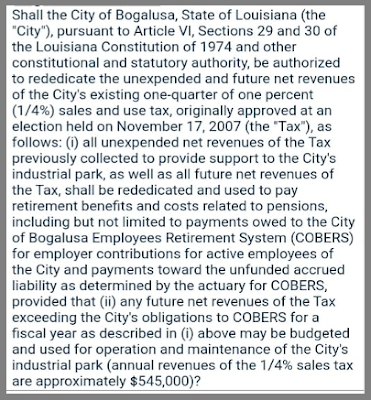 sales and use tax. This is not a new tax but a re-dedication of a tax originally approved in 2007 to provide support for the industrial park. Approval of the re-dedication will help fix the COBERS pension program, which is approximately $26 Million in debt.