Two In Custody Related to LSP Officers Being Injured 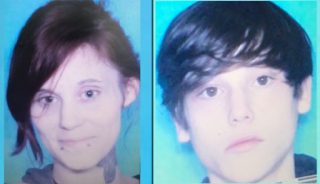 Two persons in a vehicle being pursued yesterday (May 20, 2020) by Hammond Police, resulting in the injuries to two Louisiana State Police Troopers, are in custody. Click here for our initial story.

Later yesterday, the Hammond Police Department arrested Taylor Cox (26) of Hammond on charges related to the pursuit. Today, Nathan Anding (18) of Holden, was arrested on the charges of Obstruction of Justice, Hit and Run, Negligent Injury, Driving without a License, Switched License Plates, Domestic Abuse Battery, Aggravated Obstruction of a Highway, Aggravated Criminal Damage to Property, Resisting an Officer, and Possession with the Intent to Distribute Schedule I Drugs.