The number of reported Louisiana cases has increased overnight from 392 to 479 as of 9:30 this morning. The number of parishes reporting cases, for some unknown reason, has dropped from 26 to 25. The number of Louisiana residents deaths remain at 10.  As stated before,

The death of a Mississippi resident at a St. Tammany Parish facility was also confirmed today. 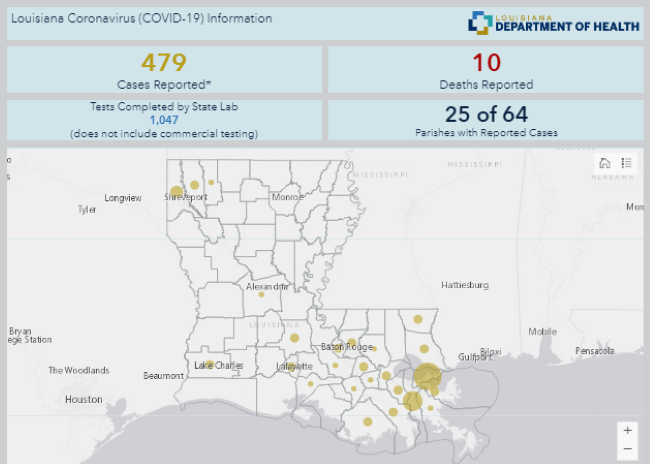