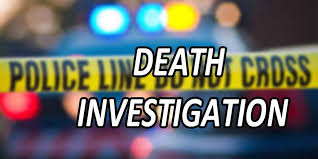 Yesterday morning (January 12, 2020), Washington Parish Patrol Deputy Mitchell NeSmith responded to a complaint in the Varnado area from a mother who stated she discovered her son was missing when she woke up. A little over an hour later, Deputy NeSmith and Patrol Sergeant Charlie Easterling responded to an area off of Military Road to investigate a report that a citizen had discovered a body near a pond there. Deputy NeSmith observed the body and called in detectives.

Detective Captain Tom Anderson responded to the scene and observed the body of a young man who was tentatively identified as 17-year-old JaQuarius Taylor, the person who had been reported missing. Positive identification is pending the autopsy report. Other detectives were called in to assist and the investigation is ongoing.

Sheriff Randy Seal commented. “So sad, so sad. I ask all of our parish residents to keep this family in your prayers as they cope with the loss of their loved one. Meanwhile, our detective division is devoting all resources to this investigation. I urge anyone with information about this crime to contact our detective division at (985) 839-3434.”