On December 20, 2019, two hundred and fifty-eight law enforcement officers graduated from the FBI National Academy in Quantico, Virginia. The 278th session of the National Academy was comprised of men and women from 49 states and the District of Columbia as well as members of law enforcement agencies from 37 countries, four military organizations and six federal civilian organizations.

Detective Corbet Hunt represented the Washington Parish Sheriff’s Office in this academy class which consisted of eleven weeks of advanced communication, leadership and fitness training. Instruction was provided by FBI Academy instructors, special agents and other staff with advanced degrees. Each graduate was presented a graduation certificate by FBI Director
Christopher Wray. 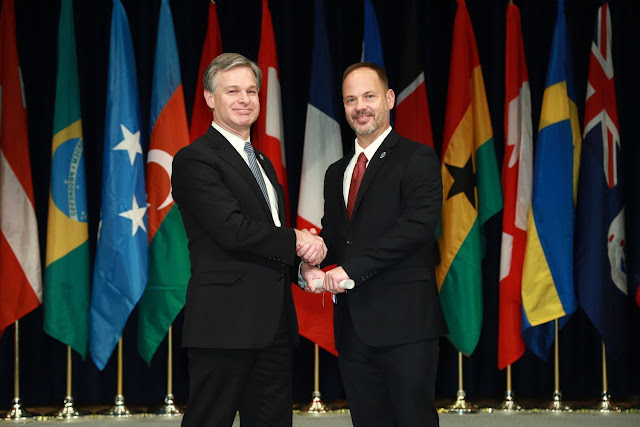 Detective Hunt is a lifelong resident of Washington Parish and son of the late Corbet and Nina
Hunt of the Ben’s Ford Community. He graduated from Bogalusa High School in 1989, after
which he enlisted in the United States Navy, serving faithfully until his honorable discharge in
1997.

Following his Navy service, Hunt worked at Rayburn Correctional Center, then in 2007
transferred his employment to the Washington Parish Sheriff’s Office. He served as a patrol
deputy until 2014 when he was appointed by Sheriff Randy Seal to the Criminal Investigation
Division, an assignment he still holds. In 2018, he was recognized by local American Legion
Post 24 as Deputy of the year.

Detective Hunt is father to three sons and one daughter and recently announced his engagement
to Lori Holtzclaw, with a planned wedding date in October.

“It is a distinct honor to have one of our own successfully complete the prestigious and
demanding FBI National Academy,” stated Sheriff Randy Seal. “Not only has Detective Hunt
distinguished himself as a valuable member of our Sheriff’s Office team but also as a member of
various task forces and special tactics teams. We were so pleased to have him represent us in
this session of the academy. Thanks, Detective Hunt for all you do and for all that you are.”