Lucas Latino (24), a resident of Camp Road, remains in the Washington Parish Jail after his arrest on 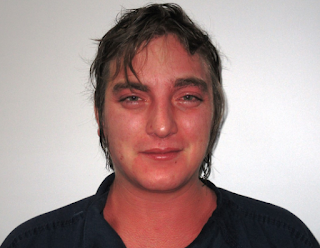 Thursday (November 21, 2019) Latino faces charges of domestic abuse by strangulation, simple battery, aggravated criminal damage to property and resisting arrest by flight. The domestic battery charges require that he remain in jail until he appears before a 22nd Judicial District Judge.

Early Thursday morning, Washington Parish Patrol Sergeant Jay Dupre, assisted by patrol deputy James Gregorio, responded to a report of domestic violence and damage to property on Camp Road. While driving to the scene, he encountered a pickup truck matching the description of the vehicle which had sped away from the scene. Sgt. Dupre pursued the vehicle on Jimi Thomas Road with blue lights and sirens for approximately one mile before the driver stopped. The driver was identified as Latino
.
The investigation revealed that Latino had physically assaulted his girlfriend who then fled to a neighbor’s house for safety. As the neighbor was calling the Sheriff’s Office for assistance, Latino rammed her residence with his truck and fled the scene.

Sheriff Randy Seal commented on the arrest. “Sgt. Dupre and Deputy Gregorio did an excellent job in quickly apprehending Mr. Latino. This is another example of a domestic violence situation which could have escalated without law enforcement interference. The act of domestic violence is absolutely unacceptable to this Sheriff and I am certain the District Attorney will follow through with appropriate action in this matter.”
at 11/22/2019 10:05:00 AM