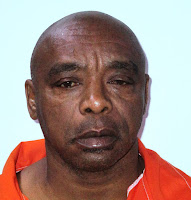 Yesterday (January 7, 2021), Washington Parish Sheriff’s Office Deputy Kyle Stogner and Detective Chad Cassard were patrolling in the Angie area when they observed a vehicle stopped in the middle of Highway 1071. As the officers drove to the vehicle which was obstructing the highway, the vehicle proceeded to Highway 21, turned north without signaling, then drove off of and then back onto the highway. The officers activated blue lights and were able to stop the vehicle in a business parking lot in Angie.

The driver of the vehicle was David Bryce Mingo, age 59 and a resident of Connie Simmons Road. A pat down search of Mingo revealed two plastic bags containing cocaine and marijuana in a pocket of his trousers. Mingo was arrested for possession of the illegal narcotics in addition to traffic offenses. He remains in the Washington Parish Jail pending a court appearance.

Mingo has a history of arrests in Washington Parish since 2014 when he was arrested for domestic violence. Four additional arrests since that time were for a variety of criminal acts, including automobile theft, convicted felon in possession of a firearm and several counts of failure to appear in court.

“One would think that a fifty-nine year old man would have modified his behavior by this age,” stated Sheriff Randy Seal. “Obviously not in this case. I appreciate the good work of our alert officers who are always on the watch for criminal activity as they patrol our parish. Good work, men.”