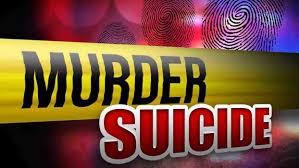 The preliminary investigation into the deaths of three individuals who were found Sunday (August 30, 2020) afternoon inside their residence on Ella Singletary Road near Pearl River indicates the deaths are a result of a murder-suicide.

The decedents have been identified by the St. Tammany Parish Coroner’s Office as husband and wife 80-year-old Lawrence Lynchard and 75-year-old Barbara Lynchard, and the couple’s daughter, 48-year-old Debra Lynchard.

The case is still under investigation and a definitive cause and manner of death will be released by the St. Tammany Parish Coroner’s Office following autopsies. However, the evidence from the initial investigation do not lead STPSO investigators to believe any additional persons were involved.

“While this is an absolute tragedy for this family,” Sheriff Randy Smith said, “I want to reassure the citizens of the Pearl River and Hickory communities that this is an isolated incident, and we have no reason to believe others are involved.”