What is on the Ballot for Tomorrow?

The primary purpose of the election tomorrow (July 11, 2020) is for voters to elect the candidate of 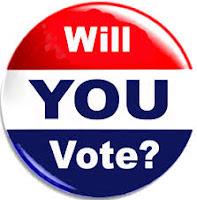 their choice to be nominated and represent their political party (Democratic or Republican) for President of the United States and to elect members to their state central committee and parish executive committees, if applicable. In addition, some parishes will have local races and/or local or parish-wide propositions.

Voters (in St. Tammany, Washington, Tangipahoa, Livingston, St. Helena, East Feliciana and West Feliciana Parishes) will choose between two candidates for the 1st Circuit Court of Appeal, District 3–Division D.  The choices are Richard A. "Rick" Swartz (currently a District Judge in the 22nd JDC) and Elizabeth "Beth" Wolfe (currently a District Judge in the 21st JDC). The Court of Appeal Judgeship is an open seat due to Judge Will Crain being elected to the Louisiana Supreme Court.

Also on the ballot in some precincts of Bogalusa is a 1/4% S&U tax re-dedication item. It reads as follows: Shall the City of Bogalusa, State of Louisiana (the "City"), pursuant to Article VI, Sections 29 and 30 of the Louisiana Constitution of 1974 and other constitutional and statutory authority, be authorized to rededicate the unexpended and future net revenues of the City's existing one-quarter of one percent (1/4%) sales and use tax, originally approved at an election held on November 17, 2007 (the "Tax"), as follows: (i) all unexpended net revenues of the Tax previously collected to provide support to the City's industrial park, as well as all future net revenues of the Tax, shall be rededicated and used to pay retirement benefits and costs related to pensions, including but not limited to payments owed to the City of Bogalusa Employees Retirement System (COBERS) for employer contributions for active employees of the City and payments toward the unfunded accrued liability as determined by the actuary for COBERS, provided that (ii) any future net revenues of the Tax exceeding the City's obligations to COBERS for a fiscal year as described in (i) above may be budgeted and used for operation and maintenance of the City's industrial park (annual revenues of the 1/4% sales tax are approximately $545,000)?

Voting hours are from 7 a.m. to 8 p.m. Don't forget to bring your picture ID to the polls!