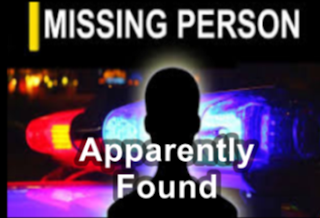 On May 6, 2020, the Bogalusa Police Department issued a press release requesting the public's assistance in locating Dominique Audrell James (29) who had not been seen or heard from since May 2, 2020. In a Facebook post today (May 9, 2020), the Bogalusa Police Department extended their condolences to the family of Dominique James. The Facebook post further stated that “BPD Detectives will now change their efforts to a homicide investigation.”

The initial press release indicated that James had been traveling in a 2012 GMC Yukon Denali, White in Color, (LA Tag # C755106) towing a 5 X 8 lift gate utility trailer (LA Tag # L810719). James was believed to have been heading to an unknown location to pick up a four wheeler.

BPD expressed their thanks to the WPSO, the DEA, The Louisiana State Police, the Department of Homeland Security and the National Guard for their assistance in the search for James. BPD also asked that anyone with information leading to the arrest of those responsible call 985-732-6238 or Crimestoppers at 504-822-1111.

No further information is available at this time.