The St. Tammany Parish Sheriff’s Office has arrested Fernando Cortez (26) in connection with a 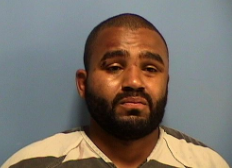 Shortly before 4:12 a.m. Friday morning, Cortez called 911 to report that he had stabbed his girlfriend and himself during in altercation that occurred at their residence in the 27000 block of Charlotte Street in Lacombe. Deputies located the mutilated body of a deceased female inside the residence. The body was turned over to the St. Tammany Parish Coroner’s Office, who will make a positive identification and a determination of cause and manner of death.

Cortez was still at the residence when deputies arrived, and he became combative, forcing deputies to use non-life-threatening means to subdue him. Once in custody, he was transported to a local hospital where he received treatment for non-life threatening stab wounds to his face and shoulder area. Cortez told deputies his stab wounds were self-inflicted.

Upon his release from the hospital, Cortez was booked into the St. Tammany Parish Jail for Second-Degree Murder.

Sheriff Randy Smith said this case is an example of domestic violence at its worst. “This was a horrible and violent scene. This man is a monster, and my thoughts and prayers are with the family members of the deceased.”
at 4/18/2020 10:09:00 AM