On Sunday, February 23rd the Krewe of Pepe will roll through the streets of Franklinton. The parade 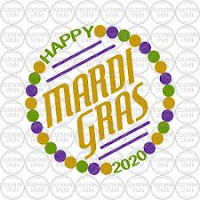 will take the traditional route, beginning at Jack Brown’s and rolling through downtown, ending near the Franklinton Primary School. Officers are going to be throughout the route and blocking streets during the parade.

Beginning at 1:00 PM on that day, Alford St., from 14th Ave. to 17th Ave., will be barricaded. As well, there will be NO PARKING on T.W. Barker Dr. from Lenora St. to Alford St., in front of the Primary School. ONLY pedestrian traffic will be allowed in this closed area.

Parade organizers will be issuing permit numbers for all floats and cars in the parade; if a vehicle does not have the parade decal, it will be removed from the route.

The 2020 parade permit DOES NOT include ATV’s, 4-wheelers, and side-by-sides, nor does it include golf carts, unless they are street legal under La. RS 32.299.3 or La. RS 32:299.4 which requires UTV’s and Golf Carts to be registered with the State of Louisiana Office of Motor Vehicles and have liability insurance, also all drivers of these vehicles are required to have a valid driver’s license. Anyone operating these types of vehicles illegally will be issued a citation under La. RS 32:299. The driver will be allowed to park the ATV; if the ATV is stopped again during or after the parade the driver will be cited again and the ATV will be impounded pending proof of ownership and insurance.

The Washington Parish School Board prohibits all-terrain vehicles and horses on any school property, which includes the field across from the Primary School.

Anyone riding horses in the parade must have proof of an annual negative Coggins Test. If this particular certificate is not presented at the time of the parade, the rider will not be allowed to enter the horse in the parade.

Anyone wishing to sell food during or after the parade must apply for a vendor permit at the Franklinton City Hall.
at 2/20/2020 03:34:00 PM