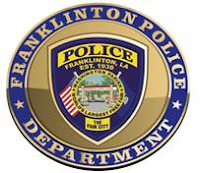 From information published by the Franklinton Police Department, four persons have been arrested for their involvement in the January 19th attempted murder on Desmare Street in Franklinton, Louisiana.

On Wednesday (January 22, 2020), Finney Riley (36) was booked into the Washington Parish Jail  on the charges of Attempted Second Degree Murder and Felon in Possession of a Firearm. Bond was set at $250,000.

Franklinton Police Chief received a call Sunday morning (January 19, 2020) from Riverside Medical Center regarding a gunshot victim. Responding officers determined the shooting took place in the 1900 block of Desmare Street. Further investigation revealed that the 20 year old victim was shot after approaching a vehicle which had pulled up in front of a residence. At the time of the shooting, several witnesses were present and observed the suspect vehicle fleeing the area at a high rate of speed.  The victim was transported to RMC where treatment was provided before being transferred to another care facility.

Additional arrests are expected as detectives continue to piece together details of the shooting.
at 1/23/2020 05:26:00 PM