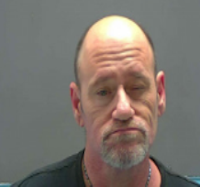 undercover operation that began with allegations of drug activity at an Amite area residence.

The Tangipahoa Parish Sheriff’s Office Narcotics Unit began investigating on January 15, 2020. Information was received that Jerry Summerford (51) was selling drugs out of his residence on Hwy. 1054 and accepting stolen property - more specifically stolen firearms - as payment. Undercover agents conducted surveillance of the residence and by noon had reportedly witnessed two illegal hand to hand narcotics transactions

Agents moved in on the residence and secured the premises as a search warrant was obtained for the home and property. The subsequent search yielded the seizure of approximately (25) grams of methamphetamine, (.3) grams of marijuana, tramadol prescription medication, (12) firearms, and multiple gun parts.