NOTICE OF A PUBLIC MEETING 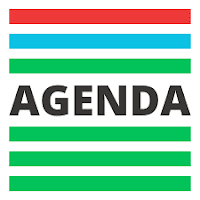 DALE BRANCH: Election of President and Vice-President for the upcoming year.

4. Approval of the minutes held at the City Council Meeting December 3, 2019.
5. RECOGNITION AND AWARDS: NONE
6. ADOPTION OF RESOLUTIONS: NONE
7. INTRODUCTION OF ORDINANCES:
AN ORDINANCE to authorize the Mayor to enter into a contract with Central Service Association related to the Utility Billing Services in accordance with the attached documents. (Introduced by Councilwoman Keys).
8. PUBLIC HEARINGS & ADOPTION OF ORDINANCES:
AN ORDINANCE approving and adopting the City of Bogalusa Operating Budget and Capital Budget for the fiscal year beginning January 1, 2020.
9. Public Participation
10. Administrative Remarks
11. Other Council Discussion
12. Announcements: Next Council Meeting will be held Tuesday, January 7, 2020 at 5:30 p.m.
13. Adjournment


In accordance with the Americans with Disabilities Act, if you need special assistance, please contact Judy Gray at 985-732-6211 ext. 249 describing the assistance that is necessary.