Slidell Woman Guilty In Stabbing Death Of Her Aunt 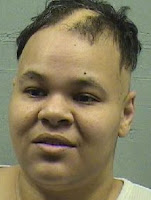 Despenza (40) of Slidell guilty as charged of second degree murder Thursday (October 31, 2019) for stabbing her aunt to death in the home they shared. Despenza faces mandatory life in prison when she is sentenced November 6, 2019 by District Judge Martin E. Coady.

The victim, Dianne Bercy, who had opened her home in Slidell to Despenza when her troubled niece had nowhere else to go, was stabbed 56 times sometime between the night of July 28th last year and the following morning. When family members did not hear from Bercy for a few days, they went to her home to check on her and found her body in her bedroom. Bercy’s car also was missing. Detectives later located the car at University Medical Center in New Orleans, where Despenza had admitted herself for a mental evaluation.

Despenza’s legal team claimed that she was not guilty by reason of insanity. However, Assistant District Attorneys Tiffany T. Dover and Angad. S. Ghai presented evidence showing that Dispenza had checked herself into the hospital for mental evaluations on multiple occasions to get out of trouble and that psychiatrists had determined she was “malingering,” pretending to be mentally ill. “She is a faker,” Dover said in her closing statement. “There is no other way to describe it. She’s trying to con the twelve of you.”

The prosecutors noted that even if Despenza had a mental illness at the time of the crime, her behavior afterwards showed that she was able to distinguish right from wrong. An insanity defense stipulates that the accused must be incapable of distinguishing between right and wrong because of a mental disease or defect.

After stabbing her aunt, Despenza wrapped the body in a blanket that she retrieved from another part of the house, took off her own bloody clothes, showered, and tried to clean blood from the walls and floors of her own bathroom and the victim’s bedroom. Cleaning supplies were found on the countertop of Despenza’s bathroom. The victim’s blood also was found in Dispenza’s bathroom. “If you don’t know what you’re doing is wrong, why are you going through all these efforts to clean it up,” Ghai asked.

Prosecutors said Despenza abandoned a plan to dispose of the body when she had trouble moving it. Instead, she got dressed for church the next morning, posted a selfie there on social media, perhaps as an alibi, and then checked herself into University Medical Center.

Despenza’s own words during recorded telephone conversations with family members provided some motive for the attack, prosecutors said. In a call to her mother, Despenza expressed disdain for the victim and accused Bercy and other relatives of refusing to help her, blackballing her, disconnecting her Internet connection, and making her walk to work. Bercy actually had been the only family member willing to house Despenza, who pleaded guilty to stabbing her stepfather in the head during an unprovoked attack in 2016. Despenza fled the scene of that crime, as well, and checked herself into a mental hospital.

Ghai said of Dispenza’s comments about the victim: “I heard a bitter, conniving, ungrateful murderer who murdered the only person who took her in after she stabbed someone else. She paid for that charity with her life.”