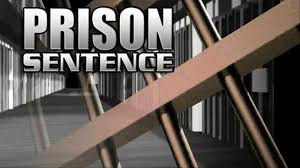 Eastern District of Louisiana for conspiring with other members of his family to obtain forced, unpaid household labor and services from an adult woman with cognitive disabilities and for assaulting the victim, violating her rights, and for helping others manufacture methamphetamine on his property.

“Today’s sentence concludes the prosecution of one (of the) most appalling acts of depravity this District has seen in recent memory. Terry Knope along with co-conspirators, Bridget Lambert and Raylaine Knope, participated in truly horrific crimes against one of the most susceptible members of our society. I hope that the conclusion of this case will bring a measure of justice and finality to the victim,” said Eastern District of Louisiana U.S. Attorney Peter G. Strasser.

“The sentence handed down today to Terry Knope is most fitting for his appalling actions,” said Special Agent in Charge Bryan A. Vorndran of FBI New Orleans. “The conditions and torment the victim endured were simply unfathomable; no human deserves such treatment. Protecting the civil rights of all persons within the United States remains a cornerstone of the FBI’s mission.”

On May 20, Knope pleaded guilty to one count of forced labor conspiracy, one count of violating the victim's federal Fair Housing Act rights, one count of a Hate Crime, and one count of misprision of a felony. At his plea hearing, Knope admitted that, between August 13, 2015, and June 30, 2016, in Amite, Louisiana, he conspired with other family members to obtain the victim's uncompensated household labor and services through a number of means, including by force, threats of force, and physical restraint. Knope admitted that he forced the victim to live in a locked backyard cage and to perform housework and yard work in exchange for food and water. He further admitted that he and his co-conspirators subjected the victim to routine physical abuse, threats, and verbal and psychological abuse designed to ensure the victim's continued compliance with the family’s orders. As examples of this abuse, the defendant admitted that he once intentionally burned the victim  with a cigarette lighter while another family member held the victim in place so she could not escape. Knope further admitted that, because of the victim's disability, he forced her to live in the locked backyard cage and shot her with a B.B. gun at close range, and that he also helped others produce methamphetamine on his property.