The Covington Police Department, with the assistance of the St.Tammany Parish Sheriff’s Office 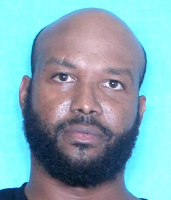 responded Wednesday evening (October 9, 2019) to a complaint of a shooting in the area of W. 31st Avenue and N. Van Buren Street. Officers’ located a victim who suffered a non-life threatening gunshot wound. The victim was treated at a local hospital and has since been released.

The investigation identified the shooting suspect as Skylar Whitney Bedford (34), who fled the scene before the officers' arrival. Bedford remains at large. Bedford is wanted for Attempted 2nd Degree Murder and Possession of Firearm by Person Convicted of Certain Offenses. Bedford has an extensive violent criminal history and is considered armed and dangerous.

If anyone from the public has information related to this shooting or knows the whereabouts of Skylar Bedford, contact the Covington Police Department at 985-892-8500. You may also contact Crimestoppers, where you can remain anonymous and earn a cash reward by calling 504-822-1111.