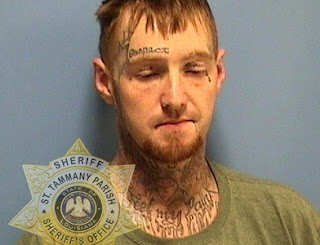 Second Degree Murder after he confronted the wrong man with a firearm at a gas station in Bush.

Tuesday morning, St. Tammany Parish Sheriff’s deputies were dispatched to a gas station on Highway 21 in Bush after a male subject followed another motorist to the location and pointed a gun at him. King reportedly had been lying in wait with plans to shoot and kill another man when he saw what he thought was his target’s vehicle pull out of a nearby driveway.

King followed the vehicle to the gas station, where he brandished a firearm but fled after he realized he had the wrong man.

Deputies apprehended King on Fairhaven Road in Covington, and the firearm was recovered. King was charged with Aggravated Assault with a Firearm, Felon in Possession of a Firearm, and Attempted Second Degree Murder

Deputies have identified the intended victim and have made him aware.