Albert J. “Joey” Richard, III, the Fiscal Administrator appointed to the City of Bogalusa May 31, 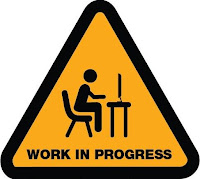 Richard reported that he met with the Bogalusa Council Chairman, Mayor, and Department heads to explain administration requirements and to set operating procedures and is receiving cooperation of the Council, Mayor, and employees. Further, Richard had hired legal counsel, an actuary, and landfill engineers. Richard indicated that he is reviewing all departments for potential expense reductions and is also reviewing all fees and charges for services in order to increase revenues.

Richard reiterated the major financial issues as
Regarding the COBERS Plan, Richard
Regarding the Choctaw Landfill issue, Richard advised Judge Knight that he had met with Washington Parish and has another meeting on September 20th, with the goal of resolving the issue without litigation. Judge Knight advised that he wanted to review any negotiated resolution of the issue before it is finalized.

Resolving the financial woes of the City of Bogalusa, a situation that has developed over many years, is a complicated task and one that will not be quickly accomplished. The Status Report presented was, in the opinion of some of those present at the hearing, short on specifics and did not meet their expectations.

Click here for a previous related story and background.