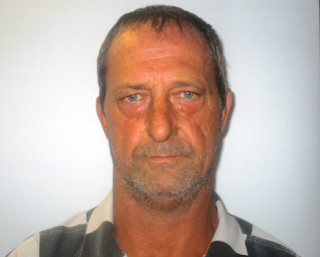 Kenneth L. Martin (56), a resident of Frank Dillon Road, was arrested by the Washington Parish Sheriff’s Office on Monday (August 26, 2019) and remains in the jail with no bond. Martin is charged with negligent homicide, 2nd offense driving while intoxicated, careless operation of a motor vehicle, driving with an expired driver’s license, no insurance, and having an expired license plate.

The arrest came as the result of a pedestrian who was struck and killed at the intersection of Old Columbia Road and Katherine Pigott Road. The investigation by the Sheriff’s Office revealed that Martin, who was intoxicated at the time, was driving southbound on Old Columbia Road at a high rate of speed when he entered a curve, left the roadway and struck the pedestrian.

In addition to being arrested previously for driving while intoxicated, Martin also has been in the Washington Parish Jail for second degree battery and resisting a police officer with force or violence.

“Never, never, never,” said Sheriff Randy Seal, “should anyone drive a motor vehicle after consuming any amount of alcohol. Drinking and driving are a dangerous combination. If it is necessary to travel after drinking, always have a designated sober driver to get you safely to your destination.”

The name of the deceased was not included in the press release from the Washington Parish Sheriff's Office. However, other sources report him to be Jerry Warner, aka "Sticker Head", a well known personality in the Franklinton area.