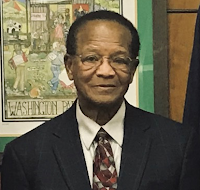 2019) filed a Notice of Withdrawal, ending his bid for re-election to the position. Voters will choose on October 12, 2019 from the two remaining candidates who qualified, Clark Harry of Angie and Gloria W. Kates of Bogalusa.

An Objection to the Candidacy of Levi Lewis, Sr. was filed by the State of Louisiana, Board of Ethics on August 16, 2019, alleging that, at the time he qualified on August 6th, Lewis had failed to file 2015, 2016, and 2017 Tier 2 Annual Personal Financial Disclosure Statements and had failed to pay the resulting fines, fees, and penalties of $7500. It was noted that Lewis paid $2500 on August 8, 2019, $4000 on August 8, 2019, and $1000 on August 9, 2019. The filing notes that per La. R.S. 18:492(A)(6), an action objecting to the candidacy of a person who qualified as a candidate shall be based on the grounds that the defendant falsely certified on his notice of candidacy that he does not owe any outstanding fines, fees, or penalties pursuant to the Code of Governmental Ethics.

A hearing was held Monday (August 19, 2019) and a Judgment was issued ordering Lewis' withdrawal from the October 12, 2019 election. Subsequently, Lewis filed his Notice of Withdrawal.