Click on "Read More" below the picture for the Congressional Record entry made by Senator Bill Cassidy. 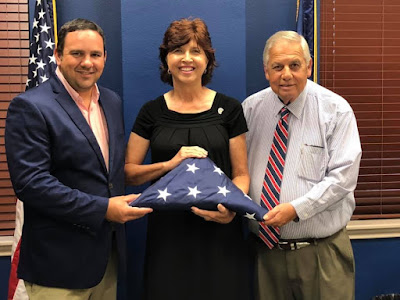 Mr. CASSIDY. Mr. President, today I wish to acknowledge the
200th anniversary of the founding of Washington Parish in my home State
of Louisiana. It is a parish filled with determined and patriotic
citizens who work day in and day out to better our State and our
Nation.

Washington Parish, named in honor of our first President, is located
in the section of Louisiana known as the Florida Parishes. The parish
government was founded on March 6, 1819, and a few years later, the
town of Franklinton would become the permanent parish seat. The parish
covers 676 square miles with the Mississippi State line serving as the
eastern and northern borders.

The area is rich with American history. In 1814, Andrew Jackson
marched with his soldiers across the Pearl River and recruited many of
the local citizens to join them in the Battle of New Orleans. The
``Military Road'' constructed by General Andrew Jackson crossed the
Pearl River into present-day Bogalusa. Records from the War Department
show the future President and his troops made camp in the area on
November 28, 1814.

As one of the most rural parts of the State, the parish is known for
its pine forests, rolling hills, and many farms. The people who call
Washington Parish home are incredibly proud of their local heritage,
good food, and for hosting the Washington Parish Free Fair, the
Nation's largest free fair.

I would like to wish the citizens of Washington Parish a very happy
bicentennial and thank them for their many contributions over the last
200 years to our beautiful State and to our Nation.
at 8/22/2019 04:33:00 PM