During the early morning hours on Sunday (August 11, 2019), members of the Bogalusa Police Dept. Criminal Patrol Division Shift B, under the command of Capt. Tervalon, conducted a traffic stop on Columbia Street near East 3rd Street. During interaction with the driver, Kondarrius Mingo, and his passenger, De'Salaam Pittman, Officers smelled a strong odor of Marijuana emitting from the car, which prompted further investigation. 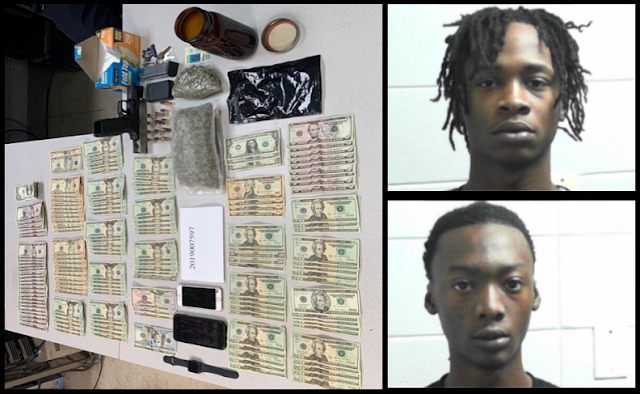 As a result of that investigation Officers recovered approximately 197 grams of marijuana, a .45 caliber handgun stolen out of Gulfport, Ms., drug paraphernalia indicating distribution, and $2,349 in cash.