Arrest Made in Bogalusa for Threat Kill a Police Officer 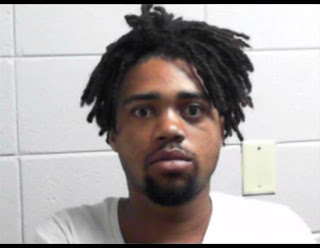 received information of a threat to police made on Facebook. The post was reportedly made under the Facebook page of Mac Mal. Detectives quickly identified this person as Jamal Moseley.

BPD reports that the post indicated Moseley wanted to "purge" a Bogalusa Police Officer on Friday, and he was recruiting others to assist him. There were also several other posts by Moseley indicating he wished to kill a police officer.

Detectives obtained two felony arrest warrants for Moseley for Public Intimidation and Inciting a Felony. Officers began a search for Moseley, as the Facebook post went viral. Moseley turned himself in at the Bogalusa Police Department.

A statement on the Bogalusa Police Department Facebook page states “It is your right to not like the police, but threatening to kill a police officer is a crime, and we will find such persons and arrest them. Moseley will not be purging police on Friday. He will be sitting in jail. Thanks for all of the warnings and support from our good citizens, and to the outside police agencies for their assistance.”