Ryan Jefferson (38), a resident of Jerry Moses Road near Angie, was arrested on July 23rd by 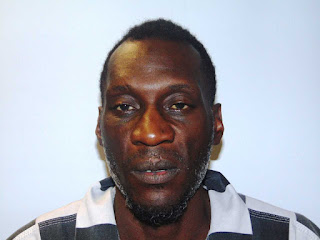 Washington Parish Sheriff’s Office detectives for a series of burglaries which occurred in October and December of 2018. Through evidence collected at the scenes, Jefferson was identified early on as the person who committed the crimes at homes and businesses on Highway 21, Highway 10, and Mitch Road. Each of the crimes was initially investigated by responding Washington Parish patrol deputies who then turned the investigations over to Washington Parish detectives.

Detectives were unable to locate Jefferson because he had left the area and his location was unknown. The search did not lie dormant, however, and Jefferson was eventually arrested. During questioning after his arrest, Jefferson reportedly confessed to the crimes.
Jefferson is charged with ten counts of simple burglary, two counts of business burglary and one count of vehicle theft.

Jefferson was in the Washington Parish Jail previously in late 2010, also for multiple counts of burglary. After two months in jail, he posted a $30,000 bond and was released.

“Our officers never quit,” stated Sheriff Randy Seal. “Time may go by before they are able to put all the pieces together to solve a particular crime, but they keep on working with the goal of putting another criminal in jail. I’m so pleased to be associated with all of our fine officers.”