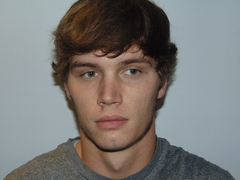 which occurred recently on Highway 1075. The investigation led to the arrest yesterday (June 19, 2019) of Nicholas Lane Miller (22), a resident of Abita Springs.

Detectives noticed there was no sign of forced entry into the residence, leading them to believe the intruder possibly had a key to the house. The homeowner identified Miller as someone he had hired recently to work at his house and shortly afterwards he noticed his house key was missing. Investigative report by detectives tied Miller directly to the burglary and he was located and arrested.

Items reported missing from the house includes firearms, collectible coins and a safe. Any person with knowledge of this burglary, or any person who has purchased any items from Miller, is asked to contact Detective Corbet Hunt at (985) 839-3434.

Miller had a previous stay in the Washington Parish Jail from December 4, 2018 through January 22, 2019, charged with burglary of an inhabited dwelling.

“It appears Miller has a propensity for burglary,” stated Sheriff Randy Seal. “At the young age of 22, he is not going down a good path for the future. Hopefully, he will realize the consequences of his poor decisions and make some lifestyle changes. Meanwhile, if he or anyone else wants to continue with a life a crime, they can be assured that we will be hot on their trail and determined to arrest them and put them in jail.”